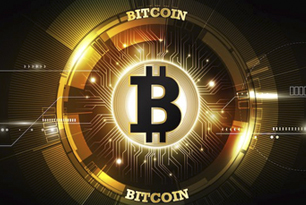 “Bitcoin mania”, yes it was such kind of revolution the world has seen since the mid-way of November 2017. And the cryptocurrency has got a surge of about 18x to 19x within a course of a year. Even though the price is kind of in a late shade of dropping point, the popularity and the trust over this “golden currency” hasn’t passed off the terrain of customers/investors mind. It is thus considered to be the godfather of the pack even in 2018 and is readily available with best MLM Software for transaction modules.

Let’s analyze things about the past and present ways of marketing that got clipped up with the Bitcoin stuff.

Bitcoin, as we know, is a digital currency that launched in 2009 and has created a new form of transaction that the world has never seen before. Yes, it a peer-peer transaction protocol that enables users to make a quick transaction with great security and precise technology.

The Bitcoin is produced by means of mining which is one of the complex process that begins with simple logic and as it goes on the complexity increases. If the mining is done then, a block will add up to the blockchain where the complete data records are stored and distributed. And as a reward Bitcoin will be received by the miner and the block thus adds up one after the other and recorded down in the slots.

And the offered security is done because of the cryptography process that applies throughout the blocks of information. A cipher key that protects up this information available among the nodes. And the fidelity of the digital coin continues till now from the commenced time.

Let’s see the price chart of Bitcoin for a particular time period and understand the variations that popped up into the world with an amazement. Yes, “Bitcoin” that was the word that spread across all the sectors and which tempted people to invest on!

It’s more like a hill, isn’t it? The spikes which gradually increased at first and a sudden increase in the peak level. And then, got down a little, came up again and back to the bottom levels. The stability of the complete system got into a low profile in the recent period and even “The Big Bang Theory“, a CBS based TV show once dedicated an episode completely for Bitcoin and that tells the popularity of this package and the episode was entitled as “The Bitcoin Entanglement“.

And this particular digital currency is available in most of the network marketing software packages which let the user/members to make quick transaction across the whole network without many complexities.

It’s not just limited to payment segments anymore, there are many other parallel opportunities to explore like cryptocurrency investment, cryptocurrency trading and much more. And if all such stuff can be handled within a single package won’t that be perfect? For checking out the Bitcoin transaction modules indirect ways, just look into the MLM Software demo that statistically proved worthy and supplements the cent level of business.

Let the world be a roll of opportunities…!